Posted by Brandy on August 06, 2007
That's what Will was calling this weekend and he was right- we had a great time. It all started Friday night, our actual anniversary, with the Twins game - they lost, but we had a good time. Saturday was low key until Will showed up with these: 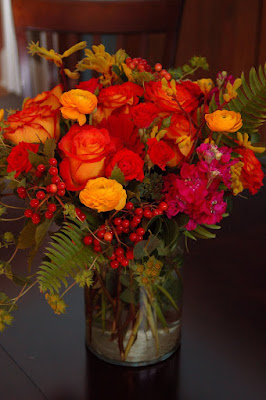 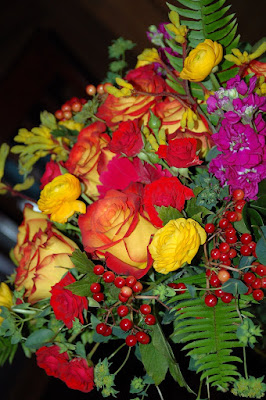 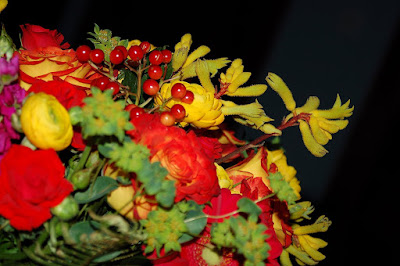 Beautiful, beautiful, beautiful roses (and much more). He later told me that he said "Give me a dozen roses with some other stuff mixed in, It's for an anniversary" - with that little information, I think the florist (Black Eyed Susan in Linden Hills) out did themselves. We then headed to La Belle Vie for dinner where we tried the tasting menu with the paired wine tasting as well. It was excellent! Here's the menu: 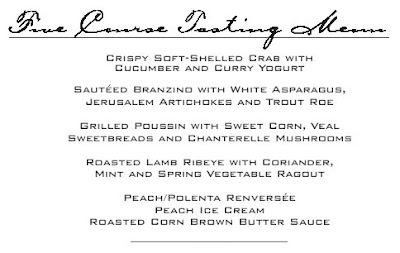 There were definitely a few things I have never tried before, but it was worth being adventurous. We kind of had to rush dinner a little bit to get a show at the Gutherie Theatre: 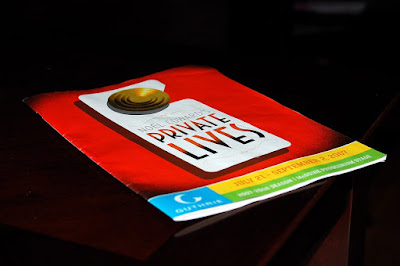 Private Lives was good, funny and light, nothing too thought provoking. I have to give credit to Will - he planned our entire evening with no input from me - I think he did a great job! Now its time to come back to reality and get ready for work tomorrow . . .