Before we jump into telling you all about the joys and challenges of living abroad, it's worth documenting the trip to get here.  We left on Friday, June 3rd.  The kids did the morning at school and we picked everyone up after lunch and headed straight for the airport.  With 10 suitcases and 2 car seats to check, as well as 5 backpacks and 2 strollers to carry on the plane we were looking to simpify the MSP check-in process.  Unfortunately we were not able to curb side check our bags so we had to drive to the rental car return and then make the trek from there to Terminal 1.  Will and I both carried a car seat and backpack and each pushed a luggage trolley while holding a kid's hand. 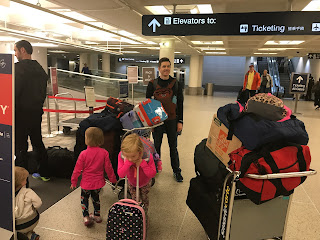 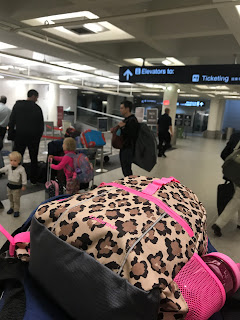 Check-in did not go as planned.  Apparently when an entire family has 1-way tickets and an extreme amount of luggage they start to ask a lot of questions.  I had to show proof of my Expat assignment (luckily I had printed my work contract and all other relevant documents to have with us at all times) but it took over 45 minutes just to check in!

Boarding was uneventful and we were able to get everyone set-up with their headphones and devices.  Our strategy on the plane was to let the kids watch a video/movie and then halfway through the dinner course give them all melatonin so they would quickly fall asleep after dinner and get some rest for the majority of the flight.  Here we are at the beginning .... 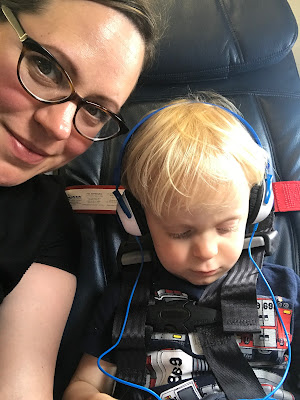 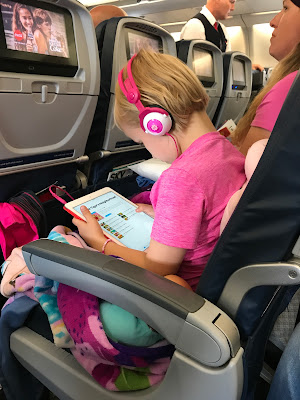 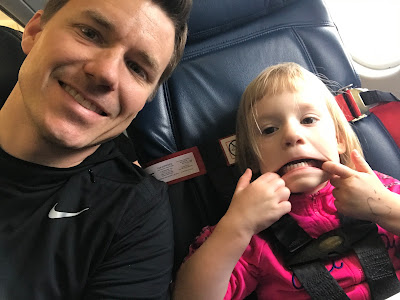 Will and I were already exhausted by this point and as he tried to get a little "rest" before dinner he let Emmie color on her own.  He woke up to this: 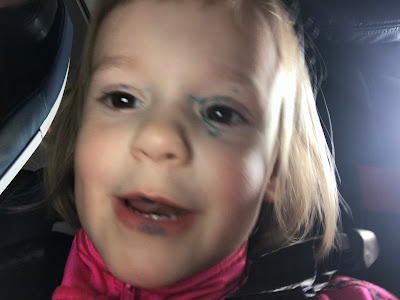 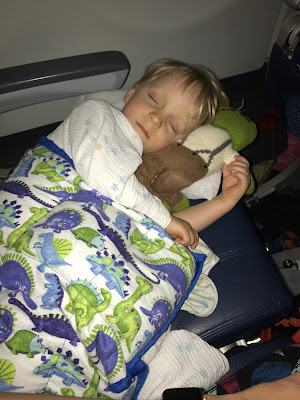 We did have a little drama on the plane.  There was a medical emergency as a passenger had gotten very ill during the flight and had to lie down for medical treatment in the galley.  This prevented the crew from serving the breakfast before landing.  We also had to land the plane away from the gate and wait for paramedics to board the plane and remove the passenger before we could deplane.  This ate up precious minutes during our 70 minute layover in Amsterdam.  The extra time coupled with an insane customs wait meant we had to be pulled out of line to be expedited in order to make our flight.  We barely had time for the kids to go to the bathroom before we had to board.  The biggest issue was there was no time to stop for food and without breakfast on the plane everyone was pretty hungry.  Here's an equation you should memorize:

Any Edmonds + hunger + no food = HANGRY

We landed in Geneva and proceeded to go to the AVIS Preferred counter where we waited another 45 minutes to get our rental cars.  After installing carseats and loading up we were finally off to our house!

The kids were so excited to see the new house.  After settling in we went grocery shopping, stopped by a pizzaria to get our traditional weekend pie, then headed to a local park where everyone could blow off some steam.  We're going to gloss over the "bathroom" incident where I accidentally locked Emerson in a single-stall public restroom.  Even a week later she refuses to have any door shut on her! 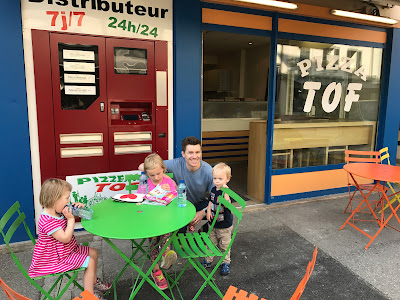 I have to say that despite a few mishaps we are incredibly fortunate that all of our luggage made it and we all made it here safely.  This is one of my favorite pictures to end the post with.  This is Sunday morning, the day after arriving.   Will went to water the grass the kids followed him in their pjs and just squealed with delight at the glory of the Jura mountain countryside. 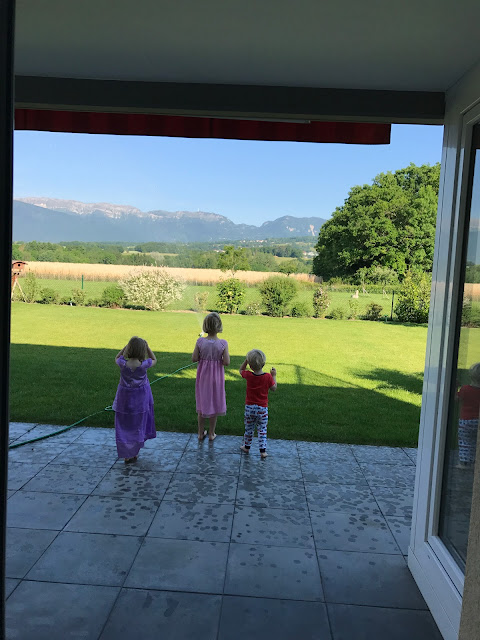